When people ventured into the modern Art Museum in New York to see Architecture and Darkness Reconstructions in America, they encountered something that does not often happen in museums: a relationship to space and place rooted in the black experience.

I remember the first time I entered MoMA myself. I was a little sleepy, but delighted. I had been booked on the first flight to LaGuardia from Raleigh-Durham International and later that evening I was expected at a chic party, as part of the chic weekend sponsored by a large environmental company that brought together several young environmental influencers over Memorial Day weekend 2013.

But before that, the shiny black Lincoln Town Car took me on my first solo trip to New York in style and on land, allowing me to see and feel rush hour in New York City. I checked into the hotel where they put us right in the heart of Times Square on 44th Street.

After going to the original Warby Parker store in SoHo and strolling around Bryant Park and the well-known and beloved library branch for a bit, I entered MoMA and lingered for a long time in his prints by Jacob Lawrence , half of which were in this collection and the other half that would be waiting for me a few years later when I drop by the Phillips Collection in my new hometown of Washington, DC.

Declaration of manifestation of the Black Reconstructive Collective at the entrance of the exhibition.

As thrilled as I was to be in the presence of modern black art from a Harlem Renaissance titan, I was even more excited to see this latest performance from many black artists, planners and architects. We take it for granted that the Smithsonian has both a Museum of African Art and, of course, the National Museum of African American History and Culture. I take it for granted that it is a train ride downtown. So many people still don’t have as many black arts and culture readily available and some places still don’t see why it matters, even with the year that we have had. This is why my first trip to MoMA was so exciting. Back then, we didn’t have some of these cultural institutions hosting black art and culture so easily accessible.

Despite the fact that due to the restrictions and time associated with the pandemic, I was unable to make it to the museum on my own to see the work, the work came to me in so many fortuitous ways.

Over the past year, the Alexandria, Va. Waterfront has become a haven for me and my partner as we sought relief from the need to hide and stay indoors to prevent The deadly pathogens of COVID-19 stealing the joy of an exuberant black laughter and storytelling are coming out of our lungs.

While it was the site of a major movable slave market, Alexandria was also home to generations of free and proud black Americans and continues to be an integrated – while gentrifying – source of community. Its free public waterfront always features public artwork, and several artists, including myself on occasion, work in the Torpedo Factory art studio and co-work space. Last summer, Olalekan Jeyifous’s Forged, Knitted, Works, Inheritance was the art point featured in the adjacent ALX community space.

MoMA exhibition piece from Jeyifous, Frozen neighborhoods, speaks of an Afro-futuristic adaptation of the world after a similar ecological tragedy, with a much more dramatic and devastating ending than the one listed. It is also redesigned parking in Durham, NC where I parked often on city trips for meetings and hangouts in storefronts and old office buildings in downtown Durham.

Jeyifous’ last name is remarkably similar to mine and it is very close to how my father and several of his elder peers and relatives would also pronounce it, infusing him with a special blend of black North Carolina pride to have made this land our land for centuries after our ancestors were forced to settle on this land.

Which brings us to the real portal jump that this exhibition drew from me:

I have no physical or nominative link with the artist of the MoMA exhibition Emanuel Admassu, but I am attracted by his contribution Incommensurability and its status as a literal portal to a world, where a waffle house could magically appear in a field and lock people into the feelings of 4 a.m., after the clubs release, Black Atlanta.

This also takes me to a Waffle House, but another: This trip to the Waffle House that I am taking with my father would have taken place in May 1992, in my six-year-old body, around 5:30 a.m.

This gate smells of breakfast and that specific mixture of waffle batter and hot syrup that would be placed in front of me, while my dad spurred my imagination, against the backdrop of the rising sun next to the Randleman Road I-85 interchange at Greensboro, NC. These porcelain-like balls of light hanging above the tables would take precedence over the slanted windows surrounding the restaurant’s spectacular sunrise. The yellow walls would melt in my yellow waffle and it would melt in my mouth under this perfectly warmed syrup.

On the surface, it’s a simple daddy-daughter moment in the early 90s but for me it was magical and enchanted. That same enchantment that I would feel in those rooms at MoMA in 2013 and that I would need when I got a phone call the next morning that my father had descended into the portal to the ancestral realm.

I’m going to light a maple candle in my house and plan my first big post-vaccine trip, to a Waffle House, because unlike this exhibit and the people mentioned, it’s always open and will still be waiting for me when I get there. To enchant me, in an ordinary way, but assertive.

I hope museums will continue to be inspired by public art, urban design and architecture and the push for equity that we have had over the past year, also triggered by an ancestral movement – although not expected or desired – of George Floyd entering the ancestral portal.

And if you, like me, haven’t had the chance to see Reconstitutions but are intrigued by its unique presentation of black spaces, the museum offers a simple way to do it: Reimagining Darkness and Architecture is an online course that strives to treat participants to “recognize how race and racism shape architecture and the built environment”. Registration is now open, and currently free.

Kristen Jeffers is a Black, queer, feminist, and urban planner and speaker and writer who has advised planning committees and has spoken at length about black communities. You can find out more about his work and hire him here.

This content is created and maintained by a third party, and imported to this page to help users provide their email addresses. You may be able to find more information about this and other similar content on piano.io 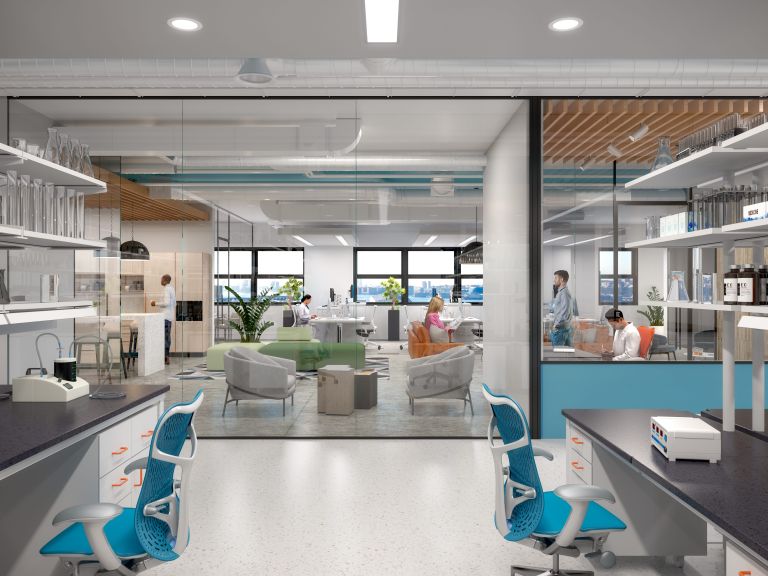 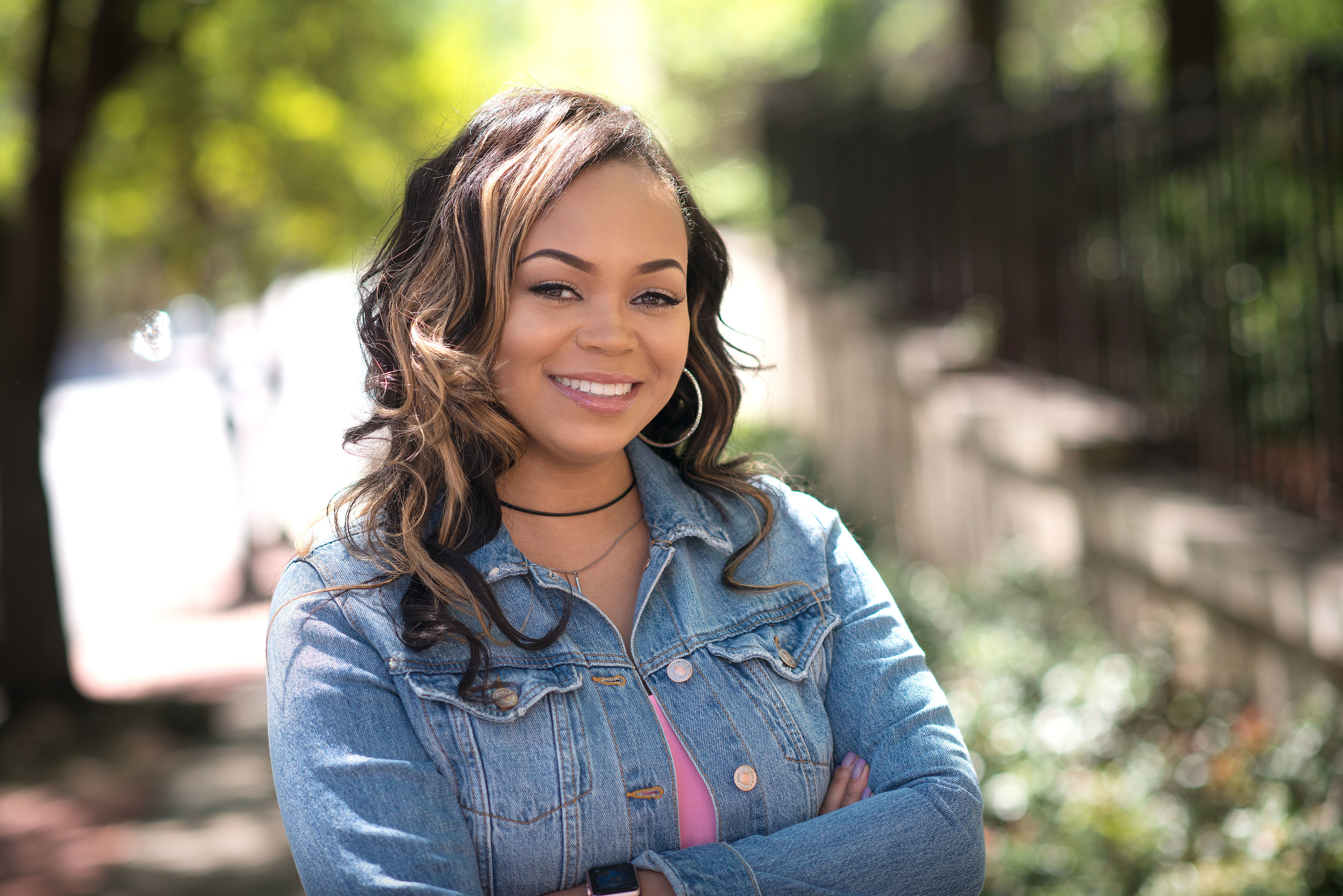 Danielle Hines: the visionary behind the coworking space in the civil rights district