After attracting a legion of new fans to the sport of curling, Japan’s women’s national team has used its popularity to empower the seaside town of Tokoro, on the shores of Lake Saroma in the northernmost prefecture of Hokkaido.

Since the team won bronze at the 2018 Pyeongchang Olympics, the country’s first Olympic curling medal in history, Tokoro has been thrust into the national spotlight as a small town of 3,400 people that is home to the Olympic heroes.

Three regular members of the four-person lineup, sisters Chinami and Yurika Yoshida, and Yumi Suzuki, were born and raised in Tokoro, a city that faces the Sea of ​​Okhotsk and Lake Saroma and is deep in nature. , according to Japanese standards.

“Honestly, there’s nothing in this city. I didn’t think my dream would ever come true if I stayed here,” Chinami said.

But the sisters’ small-town dream has turned into an incredible reality. As surprise finalists, Japan will face Great Britain for their first Olympic gold in curling on Sunday at the National Aquatics Center in Beijing with their hometown fans behind them. 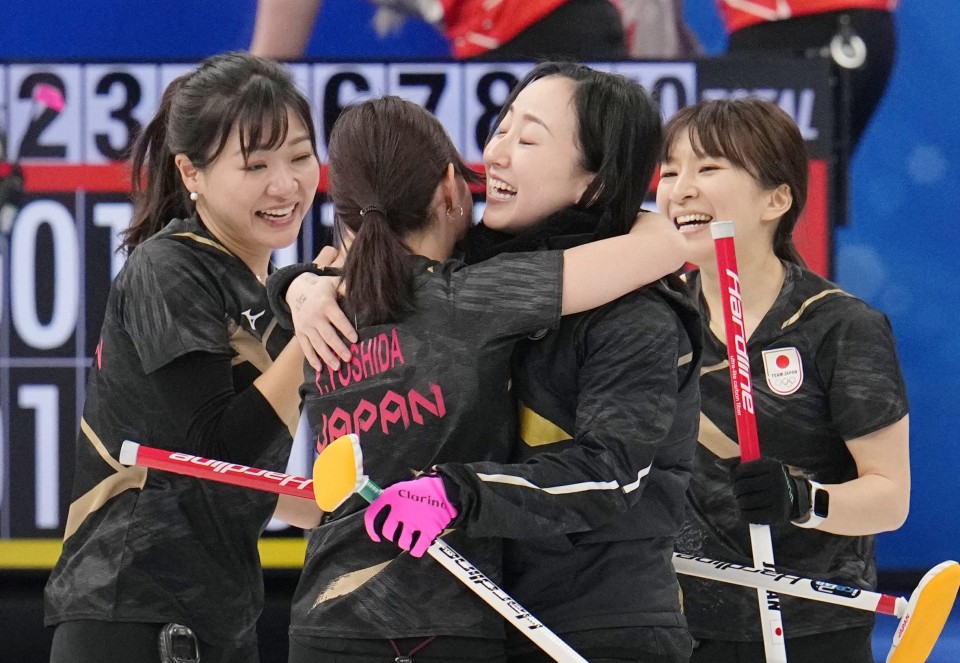 Japan’s curlers celebrate after beating Switzerland in the women’s semi-final at the Beijing Winter Olympics on February 18, 2022 at the National Aquatics Center in Beijing. (Kyōdo) == Kyōdo

Kitami, the city where Tokoro is located, has become a popular choice for Japan’s hometown tax program, where taxpayers donate money and receive a variety of thank-you gifts and tax relief in return.

In March 2018, shortly after the last Winter Games, Kitami received 22 million yen ($191,000) under this tax donation program, nearly six times the amount for the same month of the year. former. 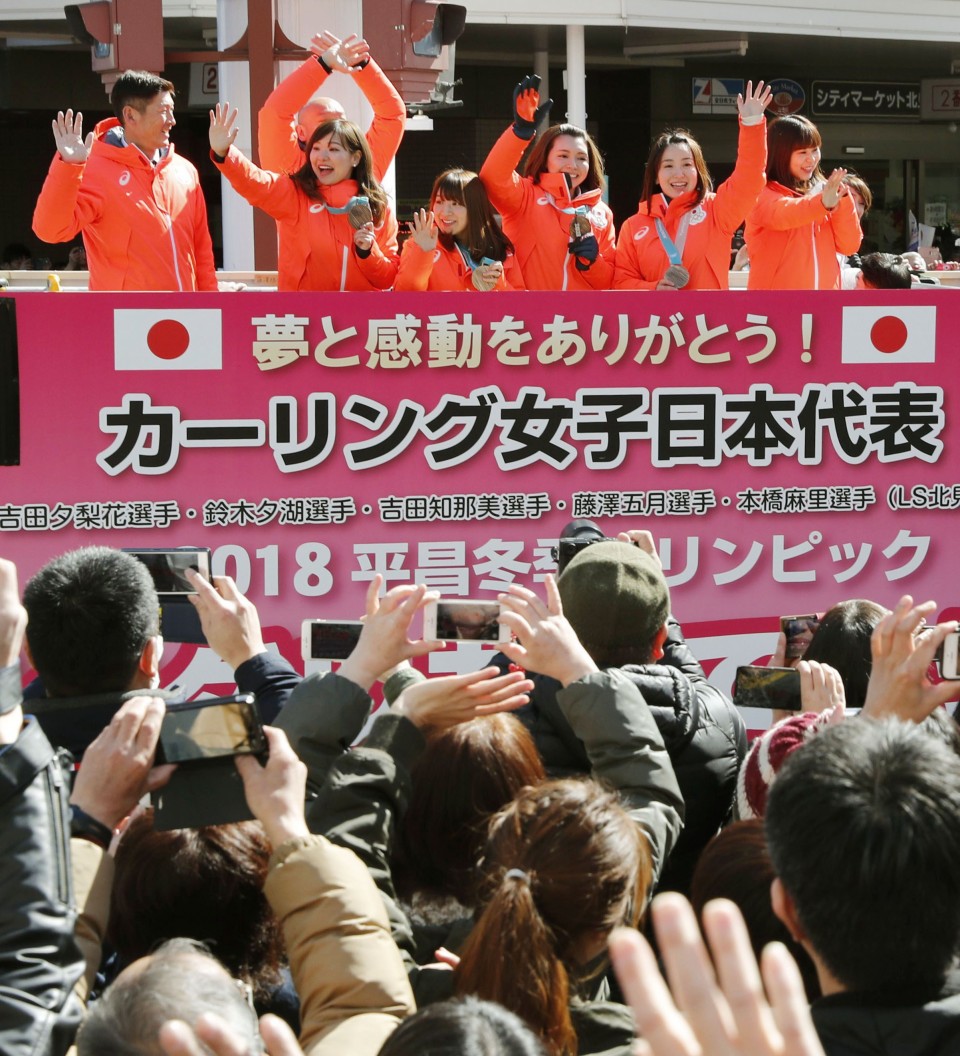 File photo taken on March 21, 2018 shows members of Japan’s women’s curling team taking part in a parade in their hometown of Kitami in Hokkaido after their bronze medal win at the Pyeongchang Winter Olympics in South Korea . (Kyodo)

The curling team, known by its club name Loco Solare, was so popular that it captured national attention for its half-time snacks. He popularized the phrase “mogu mogu time” (snack time) by becoming a nominee for the Japanese buzzword of 2018.

The local sweets the team ate to keep their energy levels up during the competition prompted people to donate so they could get a taste of the region in return. In fiscal 2020 ending March 2021, donations to Kitami reached 600 million yen, and in the current fiscal year to next month, the city has already collected more than 1.7 billion yen. yen through the program.

In 2020, the city used some of the donated money to build a modern curling facility.

“Local people are happy that Kitami is now known as a curling hotbed. We will do our part to help in any way,” Japanese skip Satsuki Fujisawa said. 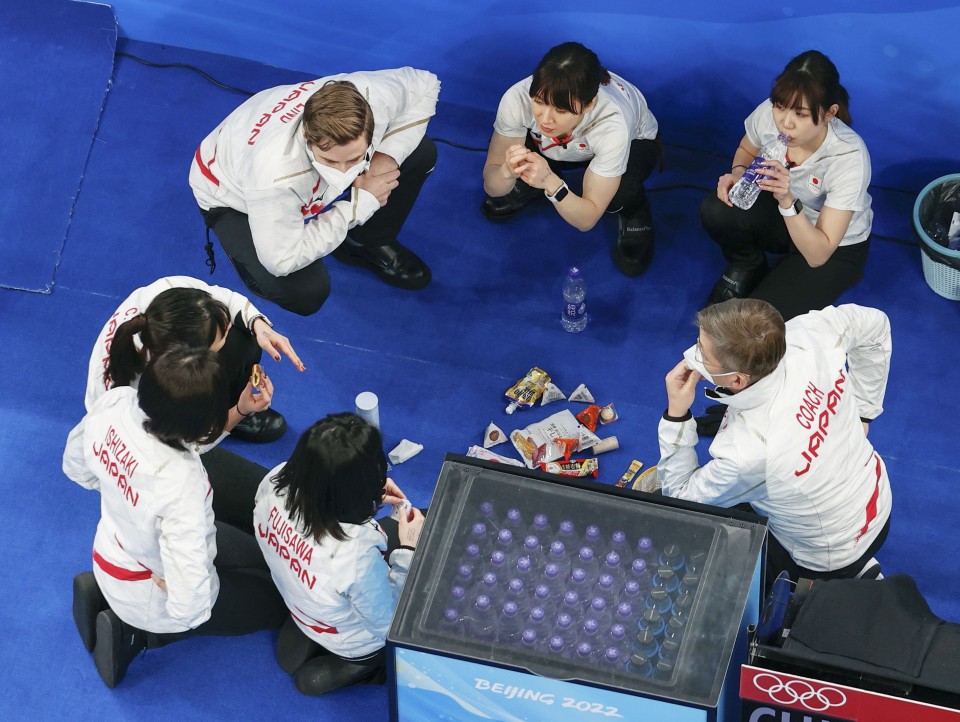 Members of Japan’s women’s curling team are pictured during halftime of a round robin match against China at the Beijing Winter Olympics on February 14, 2022 at the National Aquatics Center in Beijing. (Kyōdo) == Kyōdo

Fujisawa kept his word, speaking to crowds of community members and taking part in curling lessons for foster children to promote the sport.

The interactions created a synergy between sport and society and a two-way relationship from which both parties benefited.

The team looked for ways to improve and raise their profile in their quest to win another Olympic medal. They hit the slopes of Okhotsk to do a triathlon and spent their training time doing on-ice workouts at the world-class facility.

And the rest is history. 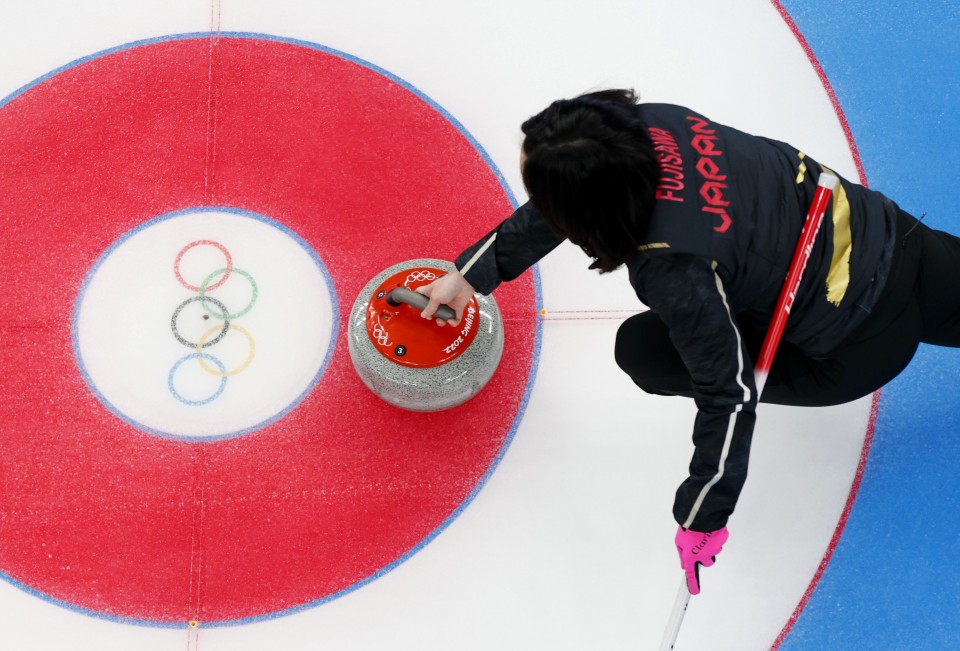 Japan’s captain Satsuki Fujisawa throws a shot during the fifth end of the women’s curling semi-final against Switzerland at the Beijing Winter Olympics on February 18, 2022 at the National Aquatics Center in Beijing. (Kyōdo) == Kyōdo

Loco Solare – with Fujisawa, first Yurika, second Suzuki and third Chinami – will contest the gold medal match on Sunday, the final day of the Beijing Olympics.

“We want to produce the best curling possible,” Chinami said.

Last month, Kitami added Loco Solare products to its list of returning gifts for donors for the first time.

Whether the team takes home the gold or the silver, it looks like a winning streak for the city.