“Undoing Time: Art and Histories of Incarceration” opens after years of work

LINCOLN – The Arkansas Country Doctor Museum is one of only two museums in the country that celebrates and honors the selfless service once provided by country doctors to their communities.

The Arkansas Museum, which was established in 1994 by Dr. Harold Boyer, offers visitors the chance to experience the “good old days,” when doctors made house calls to care for their patients.

Boyer, dermatologist, was the son of Dr Herbert Boyer, country doctor. Dr Harold Boyer wanted to honor his father and the other country doctors in the state.

The museum is located at 109 N. Starr Avenue and is open from 1 p.m. to 4 p.m. Wednesday through Saturday. Admission is free but donations are appreciated.

The museum is located in the clinic and private residential complex used by three doctors who lived and worked on the premises from 1936 to 1973, according to a museum history.

The Lincoln Clinic began in 1936 when Dr. John Lacy Bean and his second wife bought two lots near downtown Lincoln, built a four-room apartment building, and began practicing medicine there. These four rooms are now used as a reception area, museum office and doctor’s room.

Bean practiced at the Lincoln Clinic for 10 years. Dr. Karl AM Bergenstal practiced in the clinic from 1945 to 1946, and Dr. Herbert Boyer purchased the clinic in 1946, and it served as a home, office, and clinic until the early 1970s. Boyer is deceased in 1976. His wife, Ruby, continued to live in the complex until her death in 1987.

The Arkansas Country Doctor Museum has a 15-member board of directors and a 10-member advisory board. All serve as volunteer members. John Mitchell of Cane Hill is President. The other leaders are Jean Helm, vice-president; Amanda Jo Lee, secretary; and Mike Allen, treasurer.

The museum has two paid staff, including the Director of Services, Nicole Hager, and everyone else who helps the museum volunteer their time.

Currently, the museum is accepting donations for its next goal, a building that will be used to store and preserve its artifacts, according to Mitchell. The board of directors voted to purchase the neighboring building. This structure has been demolished and will be replaced by a new building.

Some of the museum’s features include an 1886 doctor’s buggy and a 1924 Ford Model T automobile. Harold Boyer purchased the 1924 Model T because it closely resembled the car his father drove early in his medical career.

The complex now includes the Harold L. Boyer Education Building, completed in October 2004. Harold Boyer died on September 4, 2010, at the age of 84, and the museum board dedicated the new building to his memory.

The education building is used for board meetings, social events, and educational programs. The museum was expanded again in March 2013, with a memorial room to provide space for artefacts and information on field doctors. Another extension provided more parking space.

Visitors on a tour of the museum will be able to see an herb garden. The early country doctors did not have pharmacies available, but relied on herbs from a garden and on old remedies that had proved useful.

The master bedroom has the original curtains and furnishings and many hats that Ruby Boyer has collected over the years. Another hallway showcases Ruby Boyer’s collection of sales and pepper shakers. This collection spanned over 40 years and the shakers were given to Ruby by friends from their travels. As the wife of a country doctor, Ruby was unable to travel but helped her husband in the clinic.

The other rooms of the museum include an optometry room to display artefacts from the field of medical optometry, a baby nursery, a recovery room for women with a space dedicated to nursing care, a doctor’s office and a hospital room. waiting or receiving.

The museum also has a recovery room for men, an operating room and a delivery room.

The memorial hall houses an iron lung, which was used by patients during the height of the police outbreak.

This play tells the story of Peggy McCormack, who lived in a steel lung for 31 years. She painted while holding the brush by her teeth and painted as a way to support her failure and help with some of her medical bills. McCormack, also an accomplished poet, has died at the age of 46.

The Wall of Honor, established by Dr. Joe B. Hall, contains information about field medics who served in Arkansas. Hall founded the Fayetteville Diagnostic Clinic and researched and conducted oral interviews on old country doctors for possible Hall of Fame induction.

Mitchell, who volunteered for the museum for 27 years, is now leading the research for the Hall of Honor and said he probably spends around 12 to 15 hours a week working on the project.

Mitchell has a personal interest in the Hall of Honor because his grandfather was a country doctor in Union Town. He remembers many stories his father told about his grandfather.

“My dad would drive him to see his patients,” Mitchell said.

Betty Battenfield is another person who has dedicated many hours to Hall of Fame research. She stepped down from that role, but was responsible for inducting more than 75 physicians. Battenfield was named the recipient of this year’s Edwina Walls Mann History of Health Sciences Advocacy Award, presented annually to an individual or organization who has demonstrated a sustained commitment to advancing the history of health sciences in Arkansas. .

The museum continues to seek new volunteers to help in the museum or to serve on the board of trustees or advisory board.

“We welcome anyone who shares an interest in being on the board and wants to learn how to tour,” Mitchell said.

The museum is also open to small groups for tours and always takes some precautions due to covid-19.

LYNN KUTTER ENTERPRISE-LEADER One of the Arkansas Country Doctor Museum exhibits shows equipment and materials believed to have been used in the field of optometry in medicine. 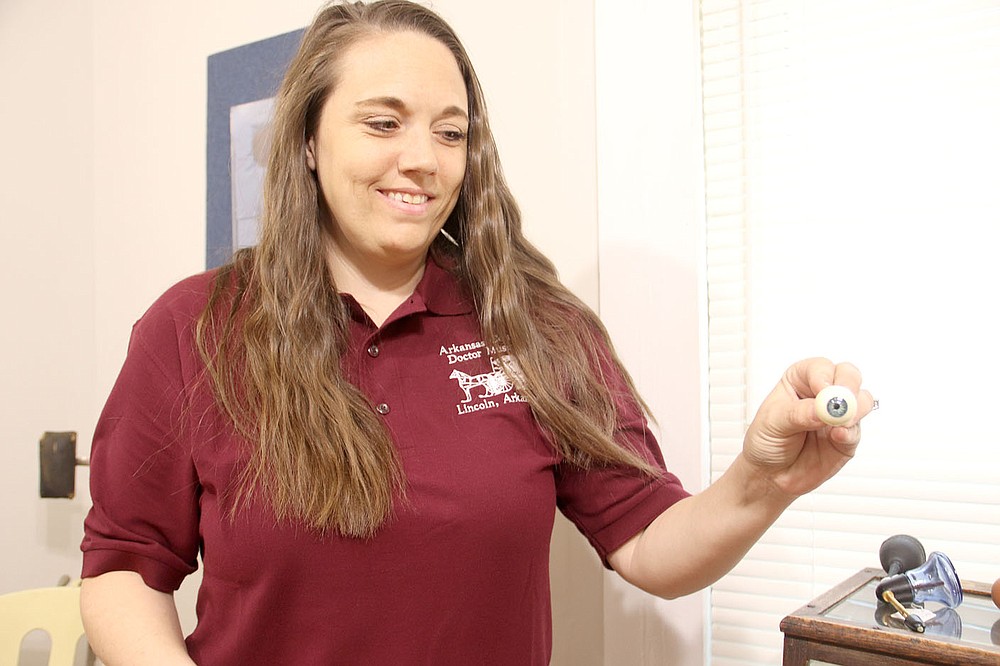 LYNN KUTTER ENTERPRISE-LEADER Nicole Hager, office manager for the Arkansas Country Doctor Museum in Lincoln, displays a fake eye, one of many objects that can be seen in the museum at 109 N. Starr Avenue. 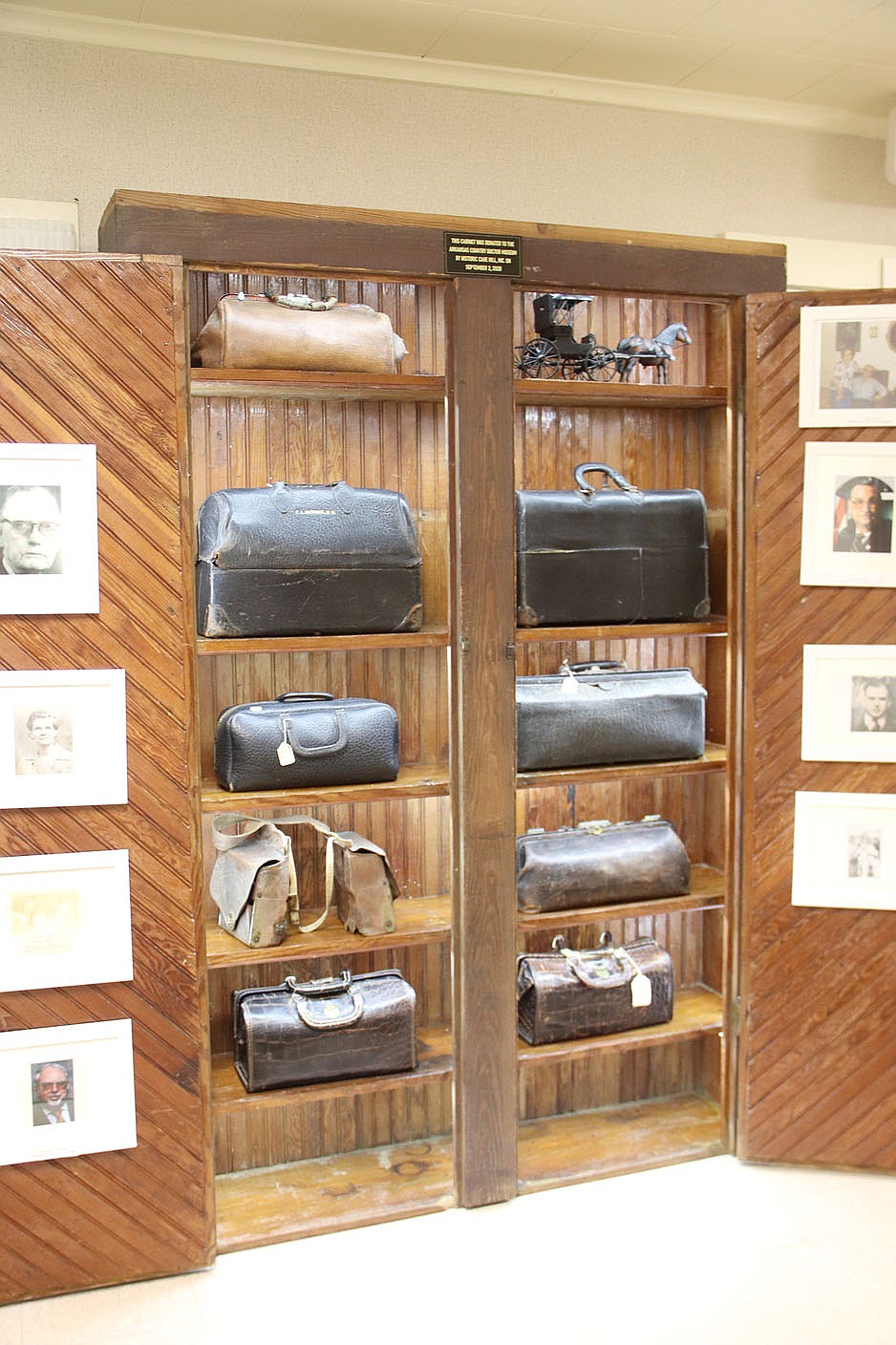 LYNN KUTTER ENTERPRISE-LEADER One of the new exhibits at the Arkansas Country Physician Museum in Lincoln is this cabinet that features the Campaign Physician Bags. 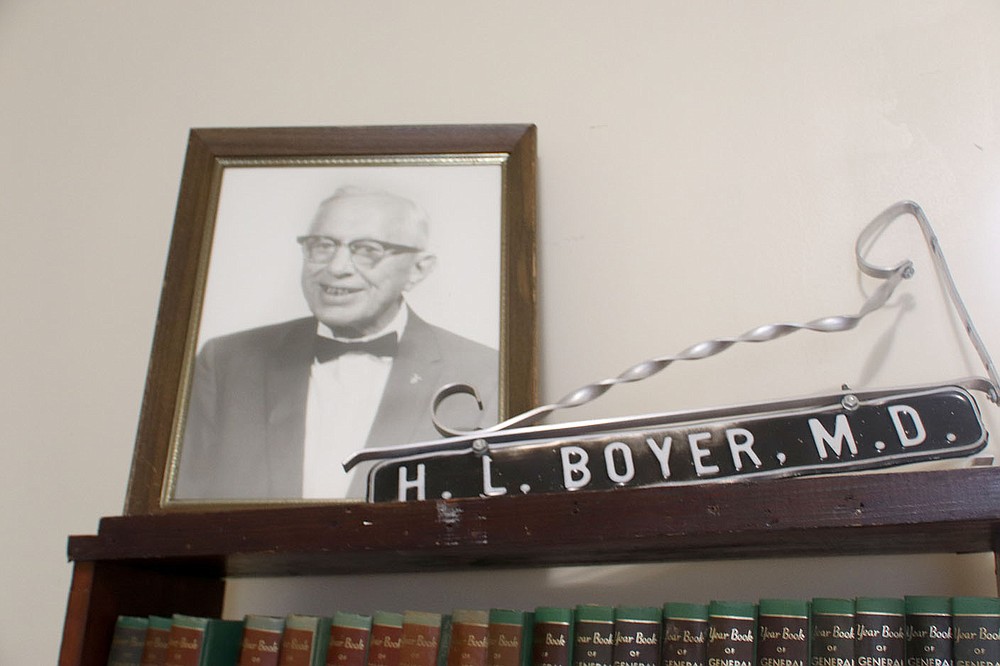 LYNN KUTTER ENTERPRISE-LEADER The Arkansas Country Doctor Museum was founded in 1994 by Dr. Harold Boyer and was the second country doctor museum established in the country. 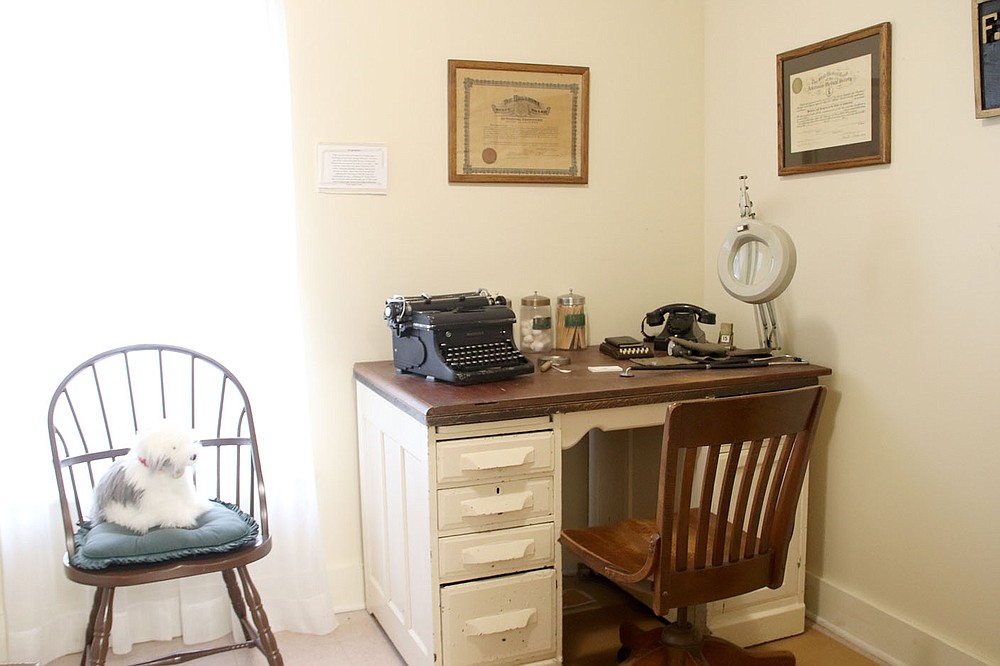 LYNN KUTTER ENTERPRISE-LEADER A typical country doctor’s office would have included a typewriter and rotary telephone. 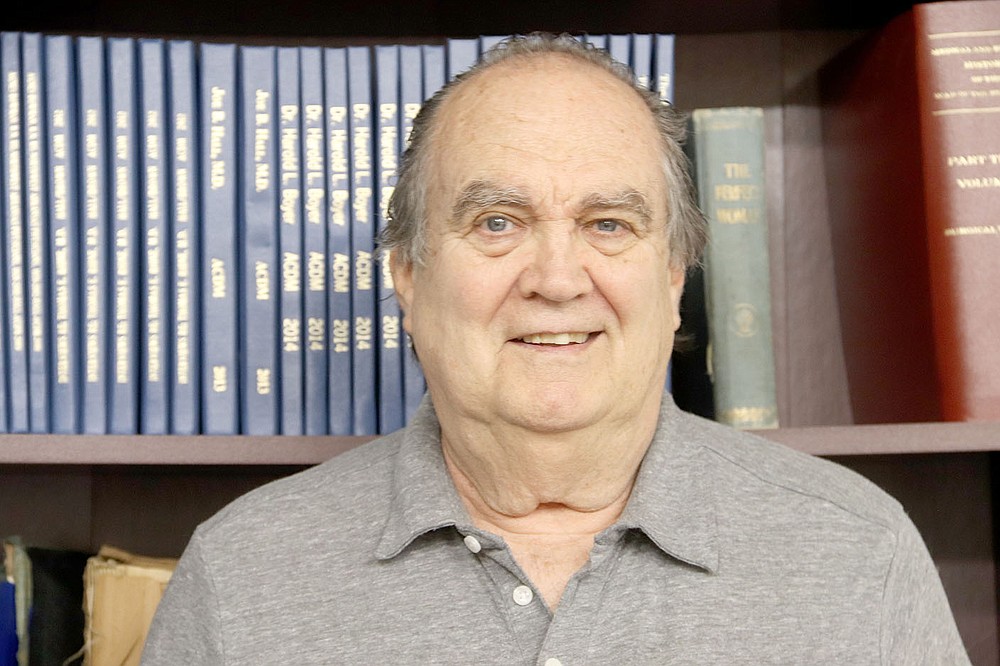 LYNN KUTTER ENTERPRISE-LEADER John Mitchell of Cane Hill is Chairman of the Board of Trustees of the Arkansas Country Doctor Museum in Lincoln. Mitchell’s grandfather was a country doctor in Union Town.

Definition of a country doctor

• Practiced in the same general area of ​​Arkansas for 20 years or more.

• Lived a life of integrity.

Farmington exhibition examines the birth of the energy industry 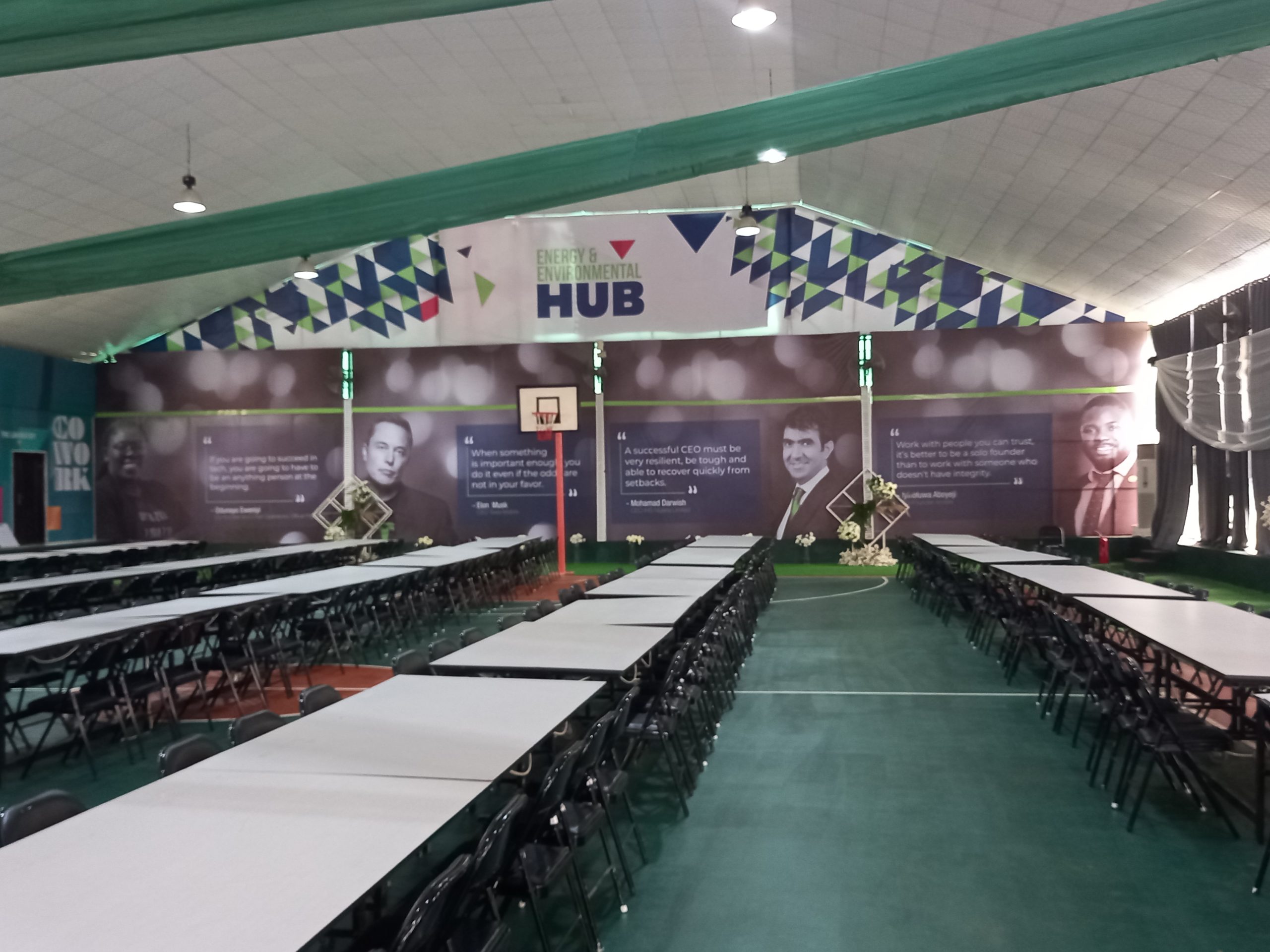 Low-cost hub for environmental and energy innovators launched in Nigeria