Grada Kilomba is not afraid of difficult conversations. Armed with a degree in psychoanalysis of the Instituto de Psicologia Aplicada and an experience in treating people with post-traumatic stress disorder, the multidisciplinary artist is uniquely qualified to tackle issues of trauma and memory, exploring their connection to racism, sexism and colonialism and their consequences. The work of the Portuguese artist, which encompasses cinema, installation, critical writing and performance, is very moving; Kilomba directly addresses the pain inherent in the human experience.

“I don’t work in morality; I work emotionally, ”the Berlin-based artist said in an interview with Artnet News. In his latest work, O Barco / The Boat, visible through October 17, Kilomba presented a large-scale installation – his first foray into the medium – at the Museum of Art, Architecture and Technology (MAAT) in his hometown of Lisbon.

Grada Kilomba, O Barco / The Boat (2021), currently on display in Lisbon in front of the Museum of Art, Architecture and Technology (MAAT). Photo: by the creative agency (Pedro Machado).

Composed of 140 blocks of burnt wood arranged in the shape of a ship’s belly, public intervention occupies a section of 32 meters along the Tagus. Eighteen of the blocks are adorned with original Kilomba poems that have been translated into languages ​​ranging from Yoruba and Creole to Portuguese and Arabic. The verses include “An equality / an effect” and “A charge / a story”.

It is no coincidence that this new work, created to pay homage to the countless enslaved peoples made invisible throughout history, is within sight of the Padrão dos Descobrimentos., an important landmark whose title translates as “monument to discoveries”. Portugal was the first European country to launch the Atlantic slave trade in 1444 and remained its leader for 79 years after extending the practice to the entire West African coast in 1455. Slavery in the Portuguese colonies was not completely abolished until 1869. its own its origins can be traced back to the West African islands of São Tomé e Príncipe, which served as a staging post for slave ships on their way to Brazil. “We create a tale of glory, adventure and exploration in monuments,” Kilomba observed. “The boat is a symbol and a metaphor of 500 years of history and glory, with white and patriarchal men celebrated. I wanted to create a sculpture-installation that reveals what these colonial boats were doing: how did they erase so many bodies from the story?

Standing in the assemblage of charred blocks, delicate but overwhelming in number, is so sobering that one feels like violating sacred ground. This fits in with Kilomba’s intention to “interrupt public space” with a reminder of the history of soil violence. He was offered the opportunity to ride O Barco / The Boat in institutions in New York and Italy, but refused them in favor of her Portuguese roots and to honor those in Lisbon whose ancestors also suffered from colonial slavery.

For the unveiling in September of O Barco / The Boat, Kilomba organized an opera performance performed by a troupe of locals, who, like her, are from African diaspora communities. Kilomba describes it as a ritual and a means of healing. “This story is a wound with a story that has never been properly told. When we don’t tell the story correctly, it repeats itself. The artist postulates that it is “only through these ceremonies and stories” that recovery can take place. The subject matter is heavy, which has garnered critical admiration from Kilomba (represented by the Goodman Gallery in Johannesburg, Cape Town and London) as his profile continues to grow. Volumes I and II of his best-known work, the illusions The trilogy – which tells Greek myths through a postcolonial lens, using video, performance, drama, music and choreography – was acquired by Tate last year.

In addition to O Barco / The Boat at MAAT, Kilomba is also currently the subject of a solo exhibition, on view until October 31, at the new Amant Foundation in Brooklyn, which marks its debut in the United States and inaugurated the nonprofit program in last july. “Grada’s work answers questions and issues that are timely and urgent. In addition, she is a very convincing storyteller, ”said Ruth Estévez, artistic director at Amant. “She shows no fear of expressing her vulnerability while assuming a position of responsibility in this current chaotic time. “

Kilomba often describes herself as a modern day griot, a figure whose role in West and Central African societies was to reveal forgotten stories, or to reposition often told tales in a contemporary light. His work 2019 Illusions Vol. III, Antigone, continues in this vein, recasting the familiar story in the tradition of African oral histories to create a powerful meditation, not only on justice and resistance, as in the original, but also on gender. The artist exhibited this final illusions chapter at Sweden History museum in Umeå, who had ordered the part. Katarina Pierre, the director and curator, made the decision to support the new work after seeing the Kilomba exhibition at the Avenida da India gallery in Lisbon. “I found myself completely blown away by the artistic quality,” Pierre told Artnet News. “She’s an incredible artist in every way. In my opinion, she is one of the most interesting artists today.

This praise is not limited to his visual arts: Kilomba’s 2008 book, Plantation Memories: Episodes of Daily Racism, has been translated into several languages ​​and was named the most important piece of non-fiction literature in Brazil in 2019. Planting memories is a compilation of various textual formats, combining theory, prose and poetry to challenge the white, patriarchal mindset as the current standard of thought.

Pierre praised Kilomba’s ability to combine text and artistic creation. “She turns her smart texts into a visual language,” said the curator. “She brings her words to life, in close collaboration with actors, dancers and musicians, a format that she masters brilliantly. She gives body, voice and image to her own texts.

The artist emphasized that all of his work begins with writing. “I am very concerned about the language,” she said, describing her process. “I start with my work in psychoanalysis, which I believe to be the language of the unconscious. I wanted to create a work conscious of the power and violence that occurs in language. European languages ​​are rich in oppression.

Ultimately, this unspoken language of the mind is what produces such poignant and gripping work. Regardless of individual experience, pain is universal; like giving air to a wound, Kilomba’s voice offers respite from collective and deep trauma.


Want to stay ahead of the art world? Subscribe to our newsletter to get the latest news, eye-opening interviews and cutting-edge reviews that keep the conversation going. 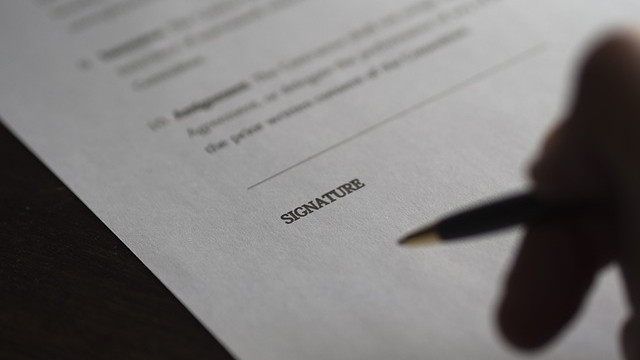