Shoppers browse on a recent weekday afternoon at She Chester Boutique, a family owned clothing and gift shop in Chester Village Green. Photo by Ash Daniel

First there was the move, then came the nocturnal flood. And that was before the pandemic managed to bring the economy to a halt: In early March, six months after She Chester Boutique doubled in size and reopened on Celebration Avenue in Chester Village Green, store manager Bridget Schindel was running the gauntlet.

“Our biggest challenge was three days before everything was closed, we had a major flood,” says Schindel, recalling the happy innocence of life before COVID-19: “We were closed for 10 days.”

A broken water main had left 3 inches of water in the popular women’s clothing and gift shop, and $15,000 in damage. It took several days of running generators and commercial dryers to clean up the mess, but that was nothing compared to what was to come.

Within days, the governor announced a state of emergency and a stay-at-home order. After about a week of struggling with what to do – Are they an “essential” business? Yes, technically. Can the store remain open, safely? Maybe, maybe not — Schindel found herself at the store watching a movie with her two full-time employees. They were open, but with reduced hours, and went whole days without a single customer.

“One day we were sitting here watching ‘Frozen 2’,” she recalled. “I looked at them and said, ‘I think I’m going to make a website. And they were like, ‘What?’ “

Specifically, she wanted to start selling merchandise on She Chester’s existing website. After some googling and some tools on Shopify.com, she found a pattern and started putting it together. Three hours later, the new purchasable site went live.

“I put about 100 to 150 products online. And then I launched it,” she recalls. “I went to dinner and when I came out of dinner we had about five sales.”

It helps to be young and tech-savvy. At just 24 years old, Schindel is the heiress to the family store she runs with her father, Paul. Her late mother started the business in 2007, but after a 10-year battle with leukemia, Mary Schindel died in 2015 and her daughter stepped in and took over. A self-proclaimed tomboy who had little interest in the store as a young girl, Bridget earned a degree in business management from Virginia Commonwealth University and quickly established herself as a skilled merchant, blending the her mother’s eye-catching fashion with more modern, Southern fashion. elegant.

“Obviously when I went to college I originally thought Mom would be there and I would have time to go and do what I wanted and work in other environments,” says- she. “Unfortunately it was thrown at me a little faster than I thought.”

Luckily for She Chester’s twenty-odd employees and growing clientele, Bridget is a quick study. Under enormous pressure over the past eight months, she launched the store’s online ordering system, boosted the store’s social media presence on Instagram and Facebook, and faced significant seasonal losses – no Easter sales, 10 customers at a time on Mother’s Day weekend – and suited on the fly. After an initial reluctance to sell face masks, for example, nervous that it was wrong to take advantage of something people desperately needed, the store now sells around 800 a day.

“Crazyly, we’re getting pretty good this year,” she said. 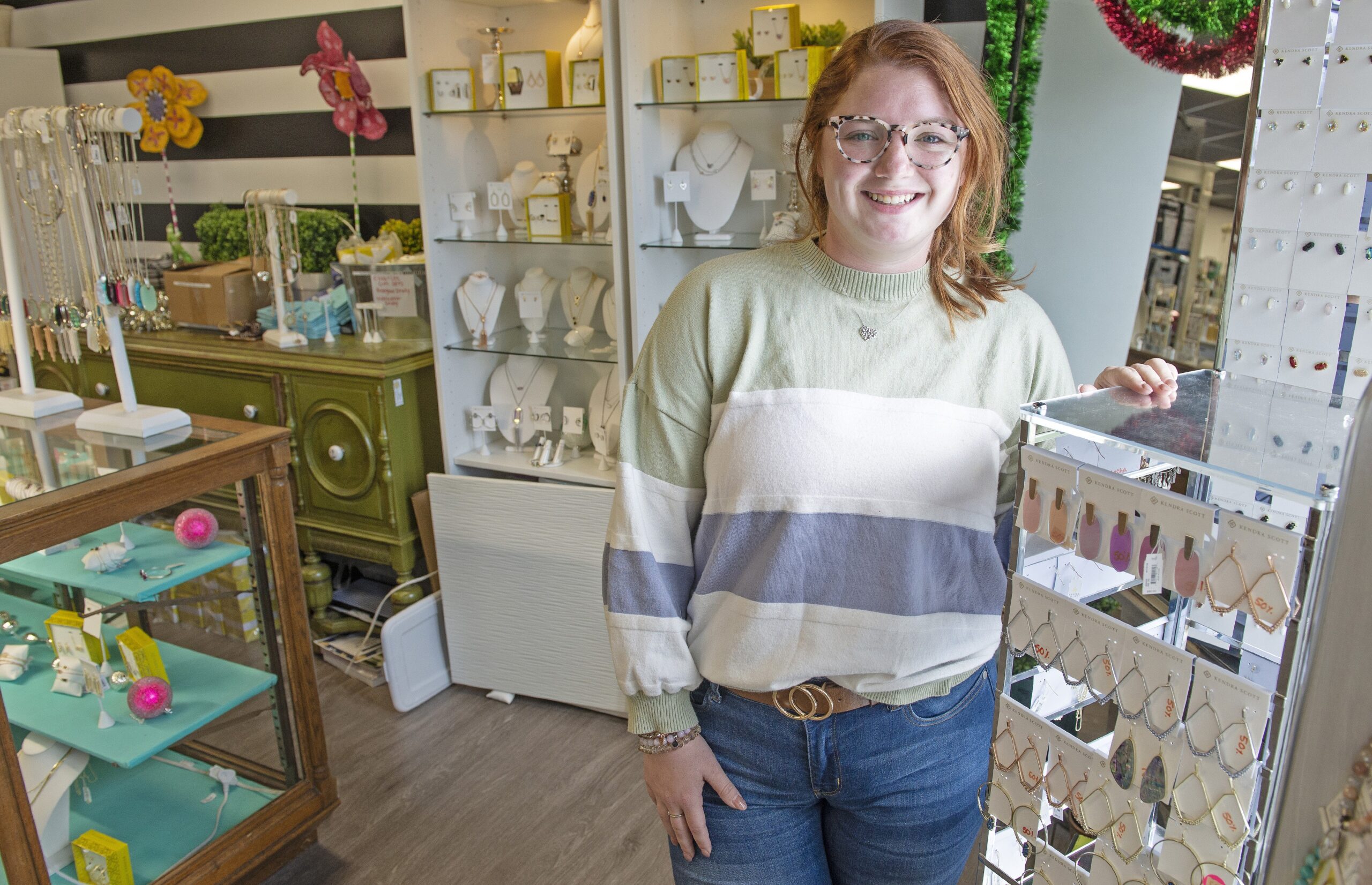 Bridget Schindel, store manager at She Chester Boutique, has learned to adapt quickly during the pandemic, pushing merchandise across the web and aggressively marketing the women’s clothing and gift shop on Instagram and Facebook. ASH DANIEL

For many small retailers in Chesterfield, this year’s holiday season comes with a sense of urgency. While overall retail sales have been surprisingly strong during the pandemic (since April, Chesterfield’s monthly sales tax revenue actually eclipsed sales in 2019, likely due to record grocery spending and the increase in online shopping), smaller retailers have not been so lucky. During the second quarter, for example, taxable sales at Chesterfield stores that sell apparel and clothing accessories fell 68%, from $50.6 million in 2019 to $16 million this year, according to the Virginia Department of Taxation.

Normally, the last quarter of the year – especially November and December, during peak holiday shopping season – can make or break a retail business. In a year like 2020, the holidays are even more critical, especially for small traders.

At Taylor Made For You, a family-owned personalized gift basket business on Southlake Boulevard in North Chesterfield, November and December are usually the busiest months of the year. It’s too early to tell how this year will end, but since the pandemic took hold in the spring, business has dropped significantly, says Jill Klinchock, owner of Taylor Made.

Klinchock says the company has seen a dramatic drop in business-to-business buying. Corporate events plummeted as the economy shut down and the traditional office went virtual.

“Before COVID, we were doing a lot with businesses. It was the functions: all the meetings, the shows, the raffles, the fundraisers — all those things just dried up,” Klinchock says. Business began to pick up in April when Klinchock’s daughter, Melanie Atkins, began aggressively promoting Taylor Made on social media. They managed to survive by attracting new customers looking for a way to contact loved ones when physical visits were not an option.

“We sold a lot more Easter baskets this year because grandparents couldn’t be with their grandkids, or family members could see other family members and things like that,” said Atkins.

Taylor Made specializes in packaging made-in-Virginia products such as peanuts and snacks, coffee and breakfast foods, spa sets with soaps and lotions, and wine and cheese baskets, for to name a few. With so much isolation during the public health crisis, Taylor Made has found opportunities. Customers ordered gift baskets for nurses and frontline workers. A company that canceled its annual Labor Day picnic opted instead to send freebie “coolers” to employees with picnic items – barbecue sauce, potato chips, Frisbees and Bluetooth speakers.

“I worried a lot at first. It got really slow, but then it started picking up,” Klinchock says. The business consists of four employees – Klinchock and his son, Brandt, Melanie and a delivery driver – and they’ve all taken turns cutting their hours. It’s been tough, but orders started picking up significantly in September, and business seems to be coming back strong – so far – for the holiday season. .

“We’re behind this year compared to last year,” Klinchock said, “but we’re doing well enough to still be there, so we’re happy. I know some people weren’t so lucky. 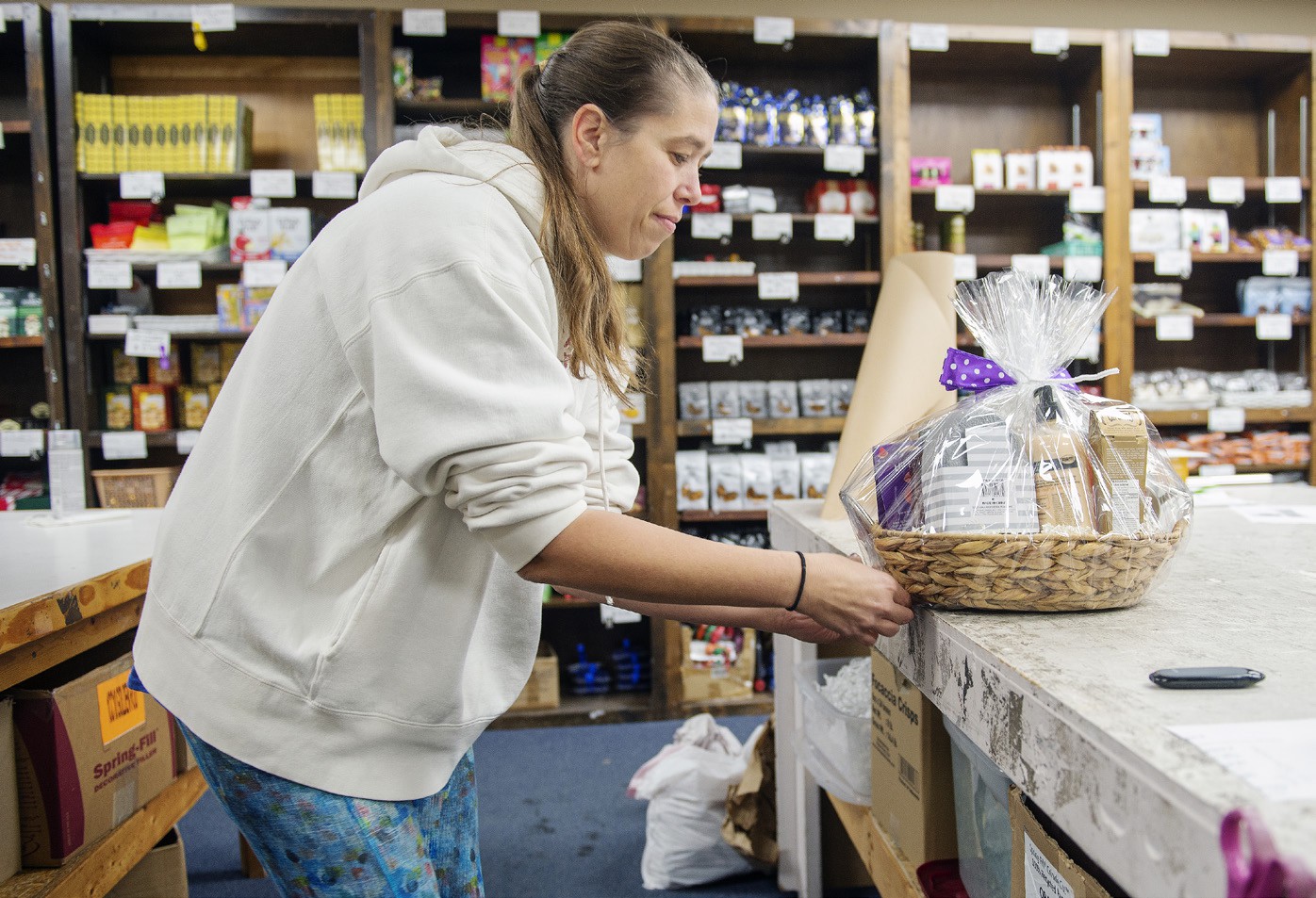 The pandemic has forced most, if not all, of the county’s merchants to adapt quickly whether they were ready or not, says Danielle Fitz-Hugh, president of the Chesterfield Chamber of Commerce. While national retailers have been turning to online platforms for years, many smaller operators remain too dependent on physical locations. While change isn’t easy and most don’t have the advantage of scale or the marketing budgets of big box stores and large chains, small businesses are often more nimble. This year they had to be.

“Small businesses are much more adaptable and had to be leaner than they were before,” she says. “I think it just takes a little more effort now.”

For Heidi and Jason McNamara, owners of Gracie’s Cottage, which sells vintage furniture and home decor on Busy Street in Midlothian, the pandemic has forced a thorough reassessment of the business – and tested their resolve in ways unexpected.

When the pandemic hit, they were forced to close. Heidi therefore decided to introduce her customers to the store via Facebook Live, by offering virtual tours with her smartphone.

She filmed herself shopping, picking up items as she moved, offering descriptive details and prices. Orders started pouring in.

“It really grew,” she says. “The [livestreams] it could be anything from furniture to… I’ll take that angel, grab me that garland, anything. People know that at 7 am I’m there to bring them “happy”. I wanted to make them happy from the start when they were going through tough times, when COVID first hit. I wanted Gracie’s Cottage to be that vibe, that happy vibe.

Ironically, the pandemic ended up rejuvenating the McNamaras’ commitment to the business. Before COVID-19 forced business closures across the state and country, they were in the process of selling Gracie’s Cottage to a new owner. They weren’t looking to sell, says Heidi, but simply received an offer that turned out to be “too good to be true.”

For more than a decade, the McNamaras operated out of their home, reusing and recycling old furniture and selling it on Craigslist and Facebook. Breathing new life into antiques and old furniture has long been a passion for Heidi, and after her boys – she has four, aged 8 to 18 – were a bit older, they expanded, opening Gracie’s Cottage in 2017. Gracie is the name she planned to give to the little girl she never had.

“Gracie has always been our daughter’s name,” she says. “We’ve tried four times and we’re good with the boys. But this [store] is our baby, so it’s very appropriate.

Today, the eclectic shop sells both the McNamaras’ furniture and the products of about 15 local artisans – all manner of home décor, antiques and trinkets, candles, locally made honey, cookies etc

When the sale of the business fell through, it forced Heidi and Jason to return to the store full-time. It turned out to be a “blessing in disguise,” says Heidi. In particular, the Facebook Live events helped her realize that she wasn’t ready to give it up.

“It’s been really good in a way, for our business, for us as a family,” she says of the pandemic. “We were able to kind of reevaluate the purpose of everything, kind of why we’re here, why we do what we do.”